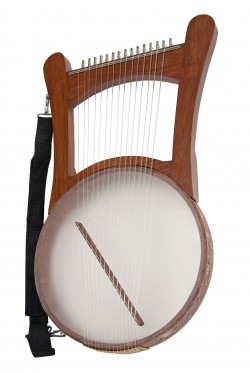 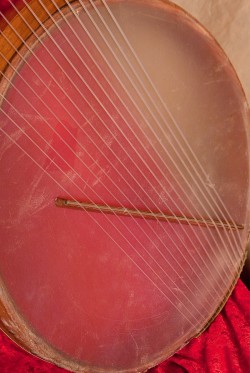 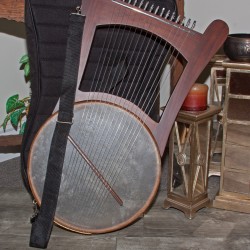 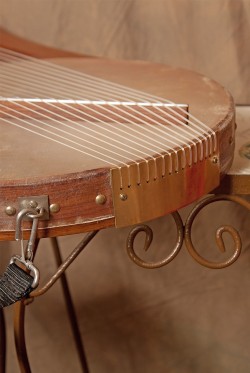 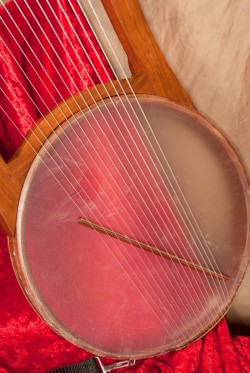 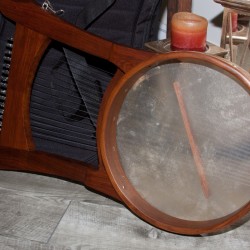 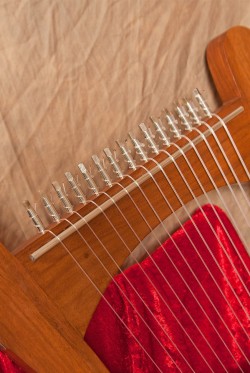 According to Greek mythology, Hermes created a lyre-like instrument from the shell of a large tortoise. He stretched animal hide over the shell opening and attached antelope horns as posts. A similar instrument with a skin soundboard called the baganna, is a large eight or ten-string lyre, made of a trapezoidal wooden frame fitted with a skin soundboard. Some believe this is the instrument King David played to temper the ravings of King Saul. The baganna's bass vibrations are said to bring peace to the soul. The instrument associated with the Ethiopian Coptic Church since the 4th century, was played primarily at Christmas and Lent.